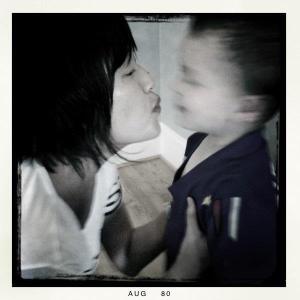 Everyone has a Facebook pet peeve. I have many, and it still doesn’t stop me from making the same mistakes as everyone else. I’ve humble bragged about my kids on FB, I’ve promoted my blog on FB, I’ve had food remorse on FB, I’ve overshared on FB (classic example of oversharing below). The evil magic of FB is that the absolute lameness of your posts never becomes apparent until weeks, even months, after the fact. But make no mistake: that post you weren’t 100% sure about will eventually reveal itself to have been super lame. 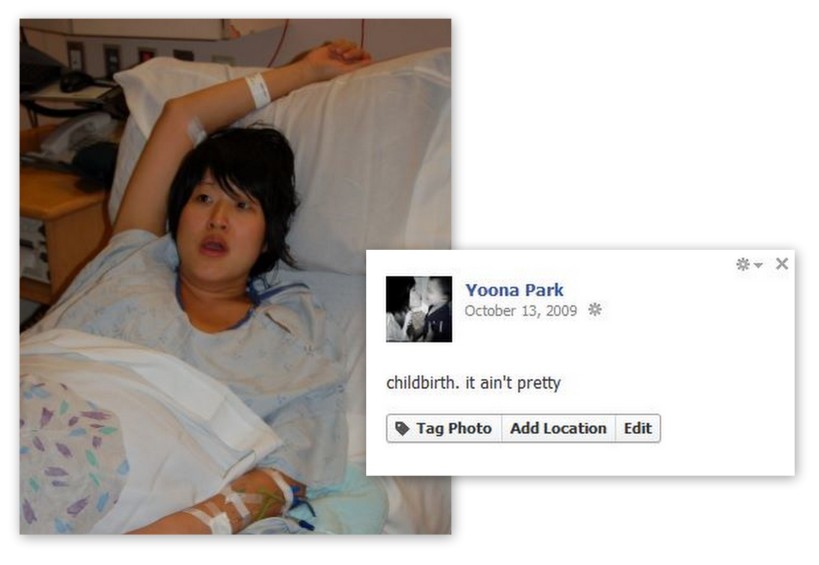 There are a lot of ways to be annoying on FB, but let’s get real real: there is nothing worse than people who proclaim their love for their significant other on their wall. There’s a place for this kind of stomach-turning behavior, and it’s called, that’s right, your bedroom.  But I get that this is the internet age, and that things don’t really happen unless they happen publicly, so here’s an idea: maybe create a Pinterest board about your lover and then pin a bunch of mash notes and Godiva chocolates to it.

Like many others, I experience wild flashes of love/affection for my spouse, but I try not to post about Tom unless he says or does something ridiculous, or happens to be in a photograph with my kids. So no photos of date nights, no old photos of our wedding, and no status updates saying “I love my husband cuz he emptied the dishwasher for the first time EVER–LOL!!,” no matter how tempting. Because here’s the sad truth about romance: no one wants to hear about someone else’s romantic bliss. The odds are slim that you and your spouse are living a love affair for the ages. So why not go back to status updating about the really compelling parts of your relationship, like the petty crap you argue about? Now that’s the stuff, and we’re all ears.

best to nip this kind of FB behavior in the bud

Of course, it’s acceptable to complain about your spouse on FB, but if the complaining devolves into actual sparring with your spouse on FB, we’re back to square one. Because the only thing grosser than making out with your spouse on FB is making out with your spouse on FB after you’ve had a cute fight on FB. The cute fight usually happens when someone posts something funny about their spouse, and then the subject spouse feels the need to make an appearance on the post to defend themselves.  The thing the subject spouse never seems to understand is that nothing kills the funny like commenting on the funny. Tom has learned this lesson the hard way. He was killing all the potentially funny stuff on my wall until I told him point blank to knock it off.

And Tom, I protest you commenting on my post.

To give him credit, Tom now gets it–he knows that when I post something on my wall, it’s the Yoona Show. It’s not the Tom Show. For those who are interested, there is a Tom show, and it’s playing over on Tom’s wall.  A heads up: the Tom show mostly plays repeats of Michigan highlights and U of M promotional videos.  Tom’s use of Facebook is generally so terrible that I’m tempted to de-friend my own husband.  If you didn’t know Tom, you’d think the person manning his FB page was either 85 years old or the ghost of Bo Schembechler.

Here’s hoping that no one takes this post too personally, because if there is FB behavior that annoys you, I’ve surely done it, with one exception (of which I am inordinately proud): I’ve never status updated about the weather.  But there’s always tomorrow’s status update.