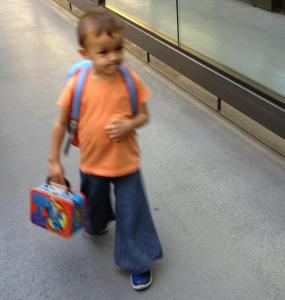 I have fairness on the brain. I hear “that’s not fair” at least 20 times a day. “That’s not FAIR that Tate got more Cheerios.” “That’s not FAIR that Finn gets to sit in that chair.” “Yoona, it’s not FAIR that I can’t watch Monday Night Football when the Lions are playing, just because I’ve already watched forty hours of Tigers baseball in the past week.” A heads up for the unattached: if you don’t want to spend your entire life watching sports on TV, don’t get with someone from the greater Detroit metropolitan area.

You know what’s not fair? Walking into a kids’ clothing store and seeing 90% of the real estate covered in pink and purple bedazzle. I don’t get it. Everyone I know has boys. Around these parts, it’s like you can turn on your tap and a bunch of Y chromosomes will come gushing out. So why can’t we get some decent boys’ clothes? Why??

It makes me roll my eyes when my friends complain that they can’t get their girls out of their tutus. Cry me a river. I find the wearing of tutus in non-ballet contexts to be an obvious cry for attention, but I readily admit that I probably feel that way because I’m bitter that I don’t have something equally as fun to put on my boys. I tried suspenders once for Finn but that ended badly, with pinched skin and a monster wedgie. Suspenders look sweet when you see them at American Apparel. What no one remembers about suspenders until they go to wear them is that you have to tuck your top tightly into your pants to work that look, and I don’t need to tell you how cool your typical five-year old boy looks with a tight tuck. So yeah, my boys have worn girls’ leggings and bell-bottomed jeans. As a consumer, I crave variety and choice. And neither of those things are available in the boys’ section.

Having boys means you’re likely buying a lot of one thing: stripes. In my boys’ rooms are drawers full of striped clothing in various stages of putrification. The problem with owning only striped clothing, of course, is that once your boys start dressing themselves, they are in danger of looking like blind mimes.

not sure this works

Stripes aren’t all the stores are offering. They’re also offering t-shirts with school-friendly slogans like “My Mommy is a MILF,” and fedoras for toddlers. Our sons deserve better than clothing that looks like it was conceived by The Situation and J-Woww. The kids in the Crewcuts are working a look, but ironically, I don’t want my kids to dress like they care about fashion. It wouldn’t be honest, because they care not at all. Not to mention, as cute as those kids look in the catalog, my kid can’t wear suede chukka boots and a wool blazer to school—he would get stoned by his friends. I do like Boden’s boy pants. But $48 for a pair that he will grow out of in 3 months? Increasingly, not happening. Cuz says I need that money for retinol. 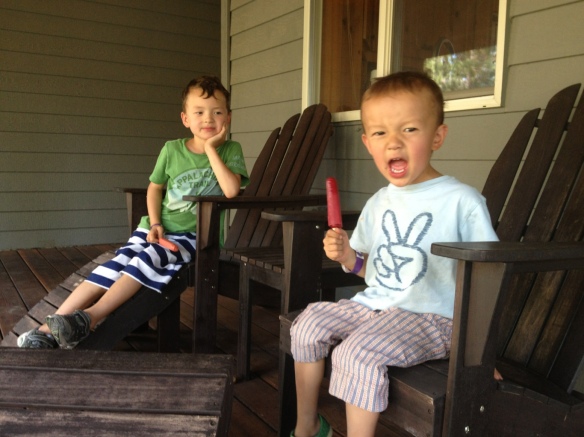 mad that all his clothes are striped

I just want something that won’t tear, isn’t cheesy, and can stand up to gallons of dirt, blood, and urine. But please, no Gymboree. The clothing is inarguably well-made, but I have a problem with Gymboree. All my reproductive organs shrivel up whenever I go near a Gymboree. I guess my main objection to Gymboree is that everything in the store is designed as part of a set. Like, the frog pants go with the frog shirt that goes with the frog hat. Frogs seem like a cruel thing to do to your kid, especially in triplicate. And you’ll have those frogs forever, because Gymboree clothing is actually so well made that it has the half-life of plutonium.

When I had just the one kid, I would go to Cafe Press and customize Hanes t-shirts, like the one below. But now that I have two kids, I don’t have that kind of time. I once drove Tate all the way to school not realizing that both his legs were in one pant leg. So mostly these days I rely on H&M, but their sizing is weird, and the options few. 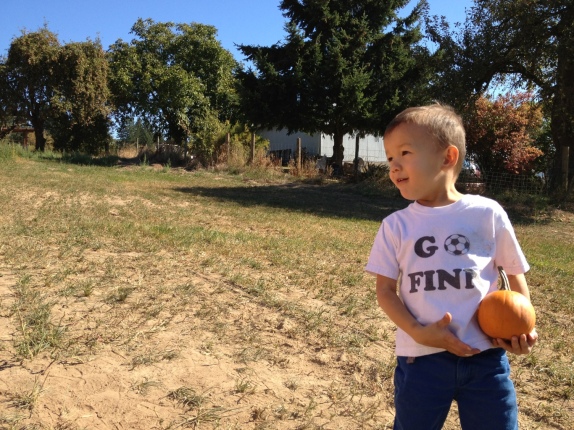 Which is why I was so psyched that the folks at Prefresh sent me some stuff for the boys. I have a strong sense of journalistic integrity, but I happen to like these clothes a lot. And maybe you need leads. As you can see, the tops are awesome. Fun. Not trying too hard. With a perfectly laid-back neckline—something you might as well get your boys used to early on. 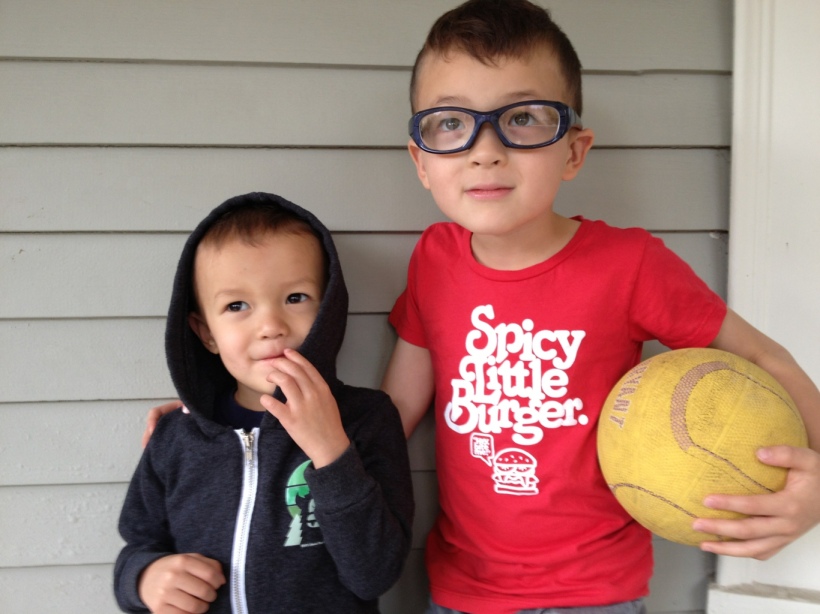