For a month, Tom has been planning a backpacking trip with Finn. And when I say “planning,” I’m talking about planning as it can only be done by a boy scout raised in the Midwest. As Tom astutely noted, he loves backpacking because it combines his two great loves: the outdoors, and organization. He chose the June date, when it was likely to be warm, but not too warm. He chose the location for its lack of elevation gain and proximity to water (for throwing stones). He outfitted Finn with a mini backpack, and half-filled it with the lightest items while loading up his own humongous pack. It was all planned perfectly. Here they are, leaving yesterday morning. Hope beams from their eyes.

Five hours later, I got a patchy call at work. It was Tom, calling from an undisclosed location on the Deschutes.

Tom: “You there? We hiked four miles in and the tent’s up. But he’s not (CRACKLE) doing so well. We saw S-N-A-K-E-S and he flipped out. Plus…it’s really windy.”

And then, silence, as we lost the connection. I spent the next four hours in aggravated suspense, until I got a text that they were eating pizza at Double Mountain in Hood River. In the end, Tom said it was the freeze-dried yakisoba noodles that did Finn in. And the rattlesnake, heard before it was seen. Twelve hours from start to finish, a defunct backpacking trip. Tom said it was one of the best days of his life.

A good dad goes to all that trouble. A great dad knows when to call it a day for his kid’s sake, and for the sake of happier backpacking trips to come. Tom might not be the greatest dad of all time. But today, I have to believe he’s in the running. 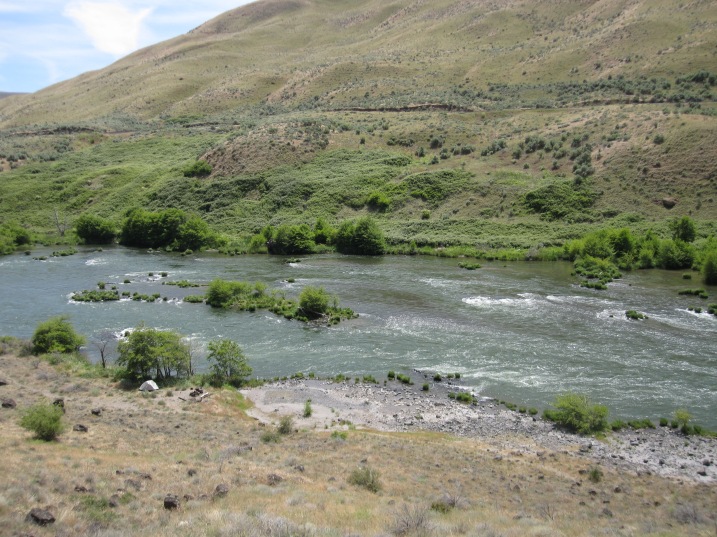 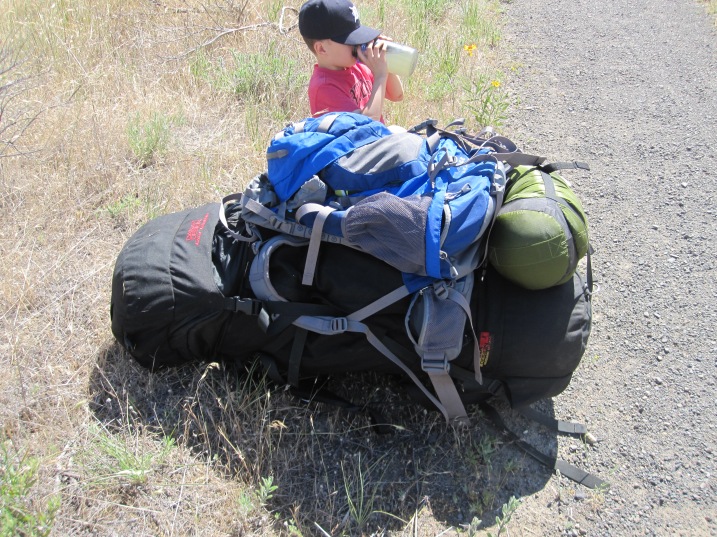